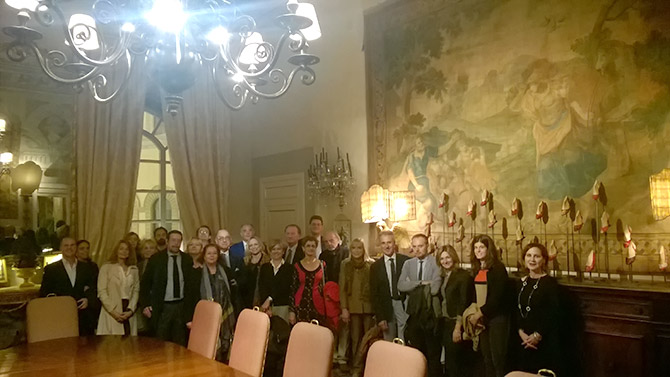 Tuscan American Association has visited the "noble floors" of Palazzo Spini Feroni and the Ferragamo Museum. It was an opportunity to pay tribute to Mrs. Wanda Ferragamo, sadly missing on October 19, 2018 and who had been rewarded in 2003 by TAA for having contributed as an entrepreneur with her commitment to strengthening relations between Tuscany and the USA. 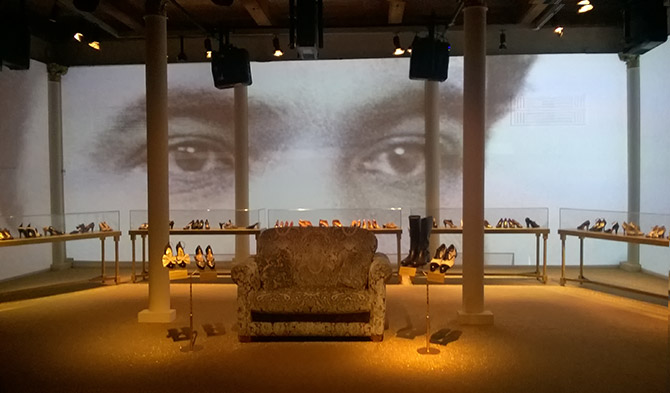 The visit started from the wonderful rooms on the first floor of Palazzo Spini Feroni starting from the historic "Sala Consiglio", the "Sala della Musica" and covering the narrow and fascinating corridors up to the "Sala Blu" and the "Cappella" admirably frescoed by Bernardino Poccetti.

The visit then continued at the Ferragamo Museum where the exhibition entitled "Italy in Hollywood" was set up, coordinated and directed by the Director of the Museum itself Dott.ssa Stefania Ricci and which recalled the period from 1915 to 1927 in which Salvatore Ferragamo lived in Hollywood in California where he had established himself as the Shoemaker of the "Stars" as well as many Italians in America who had established themselves in various other business sectors.